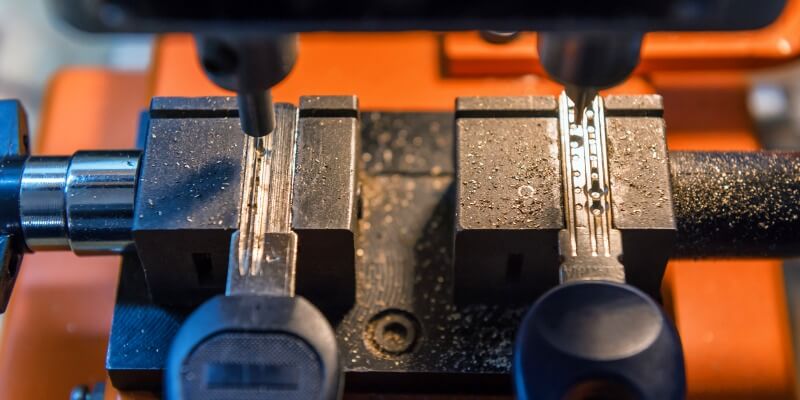 Transponder keys afford your vehicle an extra layer of protection that regular keys don’t provide; they function thanks to a minute computer chip that’s placed inside them; this helps in authenticating your vehicle’s original key from duplicate keys.

Imagine this, when you insert your transponder key into the ignition of your vehicle, the Engine Control Unit (ECU) sends a secure encoded message to and from the key. The original transponder key will receive this secure message and respond to the ECU, and your car will only start when the signals are authenticated by your vehicle.

It goes without saying that the advent of transponder keys has made the job of automotive locksmiths more complicated. Still, locksmiths have evolved and improved to be able to overcome this bottleneck.

The history of transponder keys is quite murky and complicated, but most historians can agree that the concept of transponders dates back to the Second World War. They were used to identify friendly planes from enemy planes on radars.

They enabled military forces to identify friendlies to transmit information to pilots; transponders have survived and are extensively used in modern aviation. Transponders made their way into keys and cars after the number of car theft in Germany skyrocketed between the late eighties and early nineties, ever since they gained popularity in Europe major car manufacturers around the world have used them, and the rest is history.

Transponder keys do not feature an in-built battery; the embedded chip within your key is powered by radio signals that are sent by your vehicle. These radio signals are of low energy or strength, and they activate your keys’ chip when it gets pushed into the ignition of your car or even comes close to the dashboard of your vehicle.

Transponder keys are by no means eternal, and they can wear out or get damaged after a while, keep in mind that if you ever need transponder key replacement, you might want to contact your car dealer or a trustworthy, neighborhood automotive locksmith service provider.

Transponder keys have come a long way, and in a few short years they became the gold standard of automobile keys, the future looks bright for transponder keys, and we can’t wait to see what innovations and inventions get introduced to transponder keys. At the forefront of this innovation drive is Good Lock; this Virginia Beach based locksmith enterprise is well-known for being innovative, especially in automobiles.

Over the past few years, Good Lock has raised the bar time after time, most notably with their transponder key replacement sub-service, even though car key replacements have gotten more difficult and expensive over time as you need to go for car key programming after a locksmith from Good Lock cuts your key.

For transponder key programming in or around Virginia Beach, VA, please visit Good Lock at www.good–lock.com/ or call us at 757-755-0605!